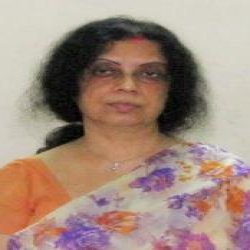 Chandana Ghosh has received her Ph.D. degree in economics from University of Calcutta. She has specialized in public finance and macroeconomics. Her current research focuses on India’s macroeconomic performance and macroeconomic implications of different kinds of policies and reforms being undertaken by the Government of India. Her publications include books such as Public Finance, Macroeconomics, Indian Economy: A Macro-Theoretic Analysis, which are taught in many colleges and universities in India. Presently, she has prepared the manuscript of a book titled ‘An Introduction to Economics: Economic Theory and Society’. This book introduces to the students two major branches of economics, namely, neoclassical economics and Marxian economics and the two kinds of societies they are related/ have given rise to – the capitalist and socialist societies. It presents the current states of both the capitalist and the socialist blocs and assesses the two schools of thought in the light of the experiences of these two blocs.